Trending
You are at:Home»Richest»Singers»Nicki Minaj Net Worth

Nick Minaj is a rapper, singer, and songwriter from Trinidad & Tobago. Although she was born in Trinidad, she spent most of her childhood in New York. With Nicki Minaj’s net worth being estimated at $85 million, she has made quite a name for herself, and become one of the most influential female artists in hip-hop.

Nick Minaj and lived with her grandmother in Trinidad as a child. Her mother, moved to New York to attend Monroe College, and she brought the family to NY when Minaj was 5 years old. Minaj’s father was addicted to alcohol and other drugs. He ended up burning down their house.

After graduating from LaGuardia High School in Manhattan, Minaj wanted to become an actress. However, she was struggling with her acting career, and worked as a waitress at Red Lobster in the Bronx, from which she was fired.

Nicki Minaj first started making music in 2004, where she signed with the group Full Force for 6 months. Her first mixtape was released in 2007, and her second came in 2008.

Nick Minaj was discovered In 2009 by Lil Wayne, and he offered her a contract with his company Young Money Entertainment. She signed in the recording contract, and that year she was featured in multiple songs with other up and coming Young Money artists.

Nick Minaj released the album ‘Pink Friday’, her debut album in 2010, which sold over 375,000 copies in the first week. It was this breakthrough that started to get Nicki some serious media attention, she’s told 10’s of millions of singles worldwide, and become one of the most influential hip-hop artists of all time.

Here are some of the best highlights from Nicki Minaj’s career: 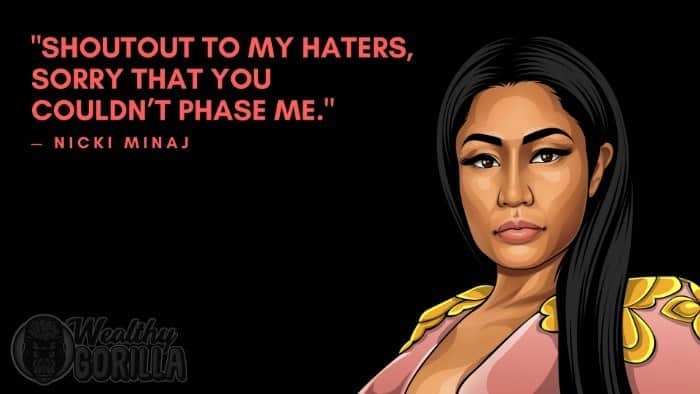 “Shoutout to my haters, sorry that you couldn’t phase me.” – Nicki Minaj 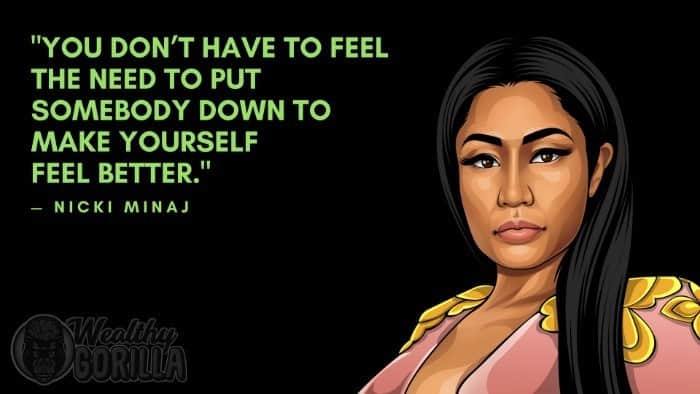 “You don’t have to feel the need to put somebody down to make yourself feel better.” – Nicki Minaj 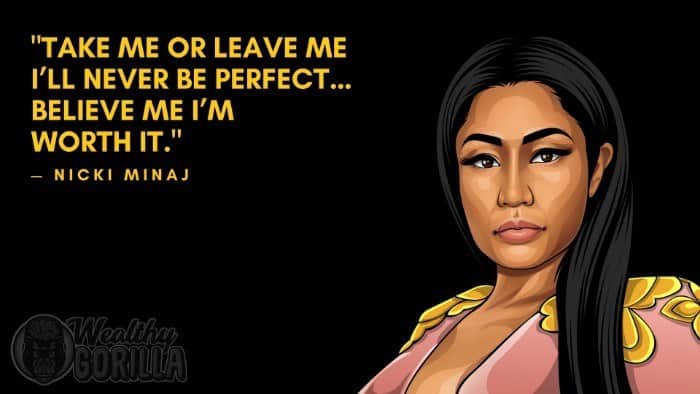 “Take me or leave me I’ll never be perfect… believe me I’m worth it.” – Nicki Minaj 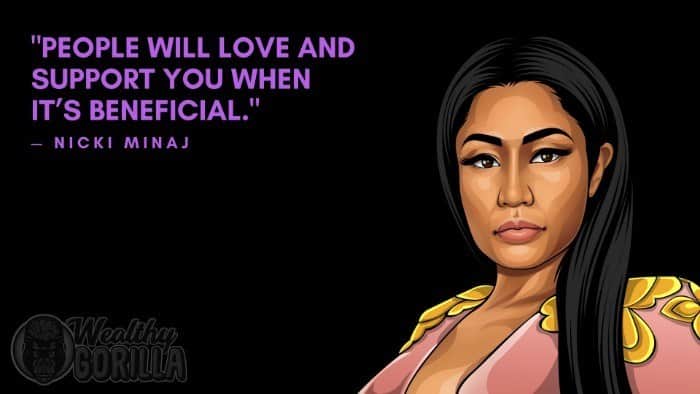 “People will love and support you when it’s beneficial.” – Nicki Minaj 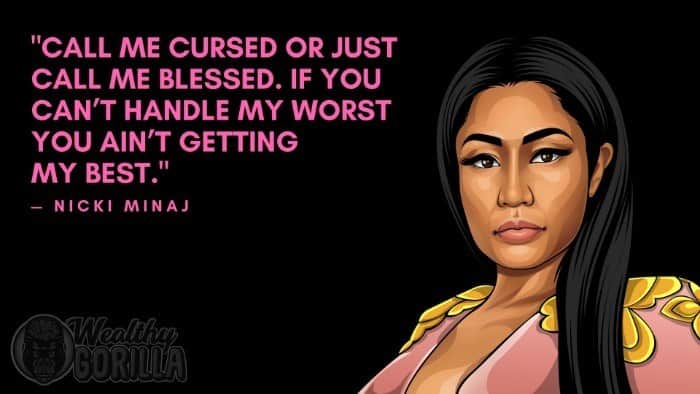 “Call me cursed or just call me blessed. If you can’t handle my worst you ain’t getting my best.” – Nicki Minaj

10 Rules for Success from Nicki Minaj

Now that you know all about Nicki Minaj’s net worth, her early life, and how she became successful, let’s take a look at what we can learn from her.

Here are 10 success lessons we can all learn from Nicki Minaj:

“Be you. Make sure that your art isn’t being done to please anyone but you, because something magical happens when you do what you love.”

“It’s a ladder, you want to climb the ladder to success. Some people don’t appreciate the first two or three steps. You know what I’m saying? They just want to get to the top. And I always said, I didn’t want a rushed album, I didn’t want to rush anything.”

“And don’t ever give up, I’m mean, I could have given up a million times and there’s always something, you know, I guess in the back of my head that just says, not yet. You should always listen to that voice that tells you, not yet, don’t give in just yet, because there’s always a billion people waiting to take your spot.”

“Ya know? It just happened, but the other day I realized, even when things are bad or going crazy, I have so much to be thankful for. Those little tiny things that I have, like those people in my life that I can count on, You know what I mean? I can reflect now and be super appreciative of everything.”

“I think that being an underground artist was the best thing I could have ever done in my life. Being independent and not signed to a major label was amazing because, ya know, it teaches you to be your own boss.”

9. Stand Up for Yourself

“You have to be a beast. That’s the only way they respect you. I came up under Wayne, and Wayne has his way of doing things. When Wayne walks on the set and say, “Don’t talk to me. “Have my music ready. “Get the up out of my face, “and I’ma blow this “in your face all day,” it’s cool.”